Partner and Managing Bankruptcy Attorney Brooke Ellen Sanchez attended the University of South Alabama and graduated in 2002 with a Bachelor’s of Science in Communication. After graduation, Brooke attended Cumberland School of Law in Birmingham, Alabama, from which she graduated in 2005. Brooke was admitted to the Florida Bar in 2006 and began her career working for the State of Florida’s Department of Health in the Prosecution Services Unit. In 2008, Brooke joined the Law Firm of Lewis & Jurnovoy, P.A., as an associate attorney focusing her practice on consumer rights law, primarily Chapter 7 and Chapter 13 Bankruptcy. In 2014, Brooke joined the Alabama Bar and the Law Firm of Stephen L. Klimjack, LLC, continuing her emphasis on consumer rights law, focusing on Consumer Bankruptcy. Her ten (10) years of experience representing consumers in bankruptcy provides her with a unique perspective and knowledge base to critically analyze debtor’s plans and strategies on behalf of firm creditor clients. 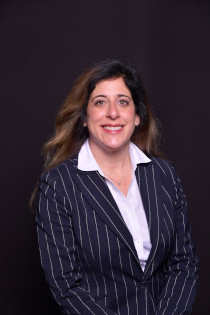 Brooke and her husband, Chris, have one son and enjoy living in Midtown Mobile.